The Cross is Boss: Marois 1, Frontwoodsers 0

As a proud fifth-generation anglo Québecker de souche, properly baptised by the Plymouth Trinity United Church of Sherbrooke, I must take a moment here to salute Parti-Québecois leader Pauline Marois for her bold statement pledging to keep my belle province the rightful Backwoods capital of North America.

Because here in Quebec, backwoods is where it's at. And to underline that, Marois spent time on the campaign trail today defending her party's proposal to secularize the province's civil servants' appearance, lest it offend the non-believers of whatever faith is projected by the bearer's attire (sacred or not).

Unless, of course, the bearer's faith happens to be Christianity (the "good", or at least, "officially-sanctioned" faith, apparently).

Bravo, I say. I mean, I don't know about you, but when I go down to the S.A.A.Q. to renew my driver's license, the last thing I want to see is a fully-bilingual, smiling civil servant wearing a Scottish kilt. I don't want to think about what's behind that Sporran, thank you very much. There is nothing Catholic about the Scots, after all.

And it's not just them, but those snooty Saudi-Arabian immigrant women - you know, the ones who aren't even allowed to drive in their country of origin - but when they come here to pursue a better life pursuant to the United Nations declaration of Universal Human Rights, think they can go on following their Muslim faith and shit anyway. I mean, come on!

And I suppose there are other creeds with their ceremonial daggers and headscarves and other horrifyingly provocative faith-based attire. I just shudder to think. I mean, where did these Muslim people get the idea to have their women-folk cover up their hair with cloth anyway? 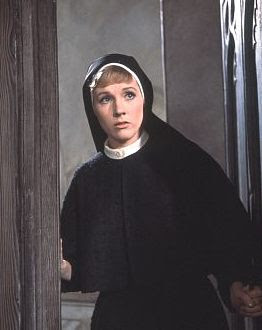 It's just so ...barbaric. I mean, really, how dare these carefully selected immigrants wear their headscarves and whatnot once they arrive here, just like they did their whole lives in their some-such places of origin? Why can't they understand they can never become a true Québecois until they completely lay themselves down and take the holy ghost up the wazoo like the rest of us all did from the time ol' Samuel de Champlain put his two fingers together in 1609 and whistled across the pond for La Vieille France to fork over a few hundred God-fearing Filles du Roi (yowza!).

Now that, my friends, was an inspired immigration policy. See, this is why it's so important to wrest that from Ottawa. Oh, wait, I suppose that's already happened. Shhh! Don't tell them that until AFTER the election.

Seriously, any Péquiste with the slightest bit of self-respect - or respect for their visionary founder, Rene Levesque, and his strong sense of democracy - should be voting for either Solidarité Québec, or Option Québec. The PQ has gone so Backwoods, the only sound their pollsters will hear is the distinctive August buzz of mosquitoes and blackflies.

Nice article, thanks for the information.